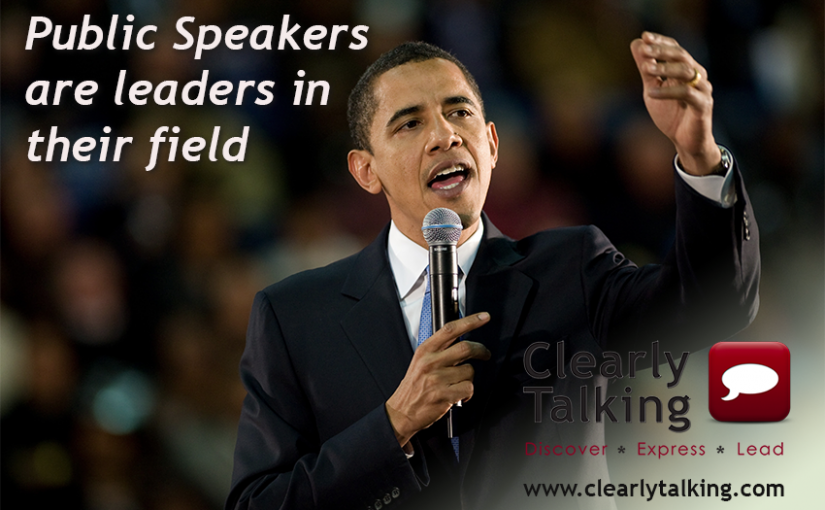 When you’re public speaking, you’ve got minutes to grab your audience by the vitals and get their attention.

The problem is that there are so many other things clamouring for people’s attention these days. Nearly everyone carries a galaxy of distraction in their pockets – in the form of a mobile phone. Attention spans are getting shorter and shorter so those first two or three minutes are critical; otherwise you may as well give up and go home before you start.

When Public Speaking, get them thinking straightaway.

There are lots of reasons why you might start off by asking a question. For example, asking questions up front helps you to check the audience’s understanding of your subject and allows you to change your approach if necessary.

If I were talking on the subject of Public Speaking, I might ask:

“Who has some public speaking experience?”

Asking questions of a group of people means that you need to ask closed questions that require simple ‘yes’ or ‘no’ type answers. On the up side, it’s a great way of getting your audience engaged from the outset.

Don’t be tempted to pose a simple rhetorical question. Make sure you get the audience to respond by asking them to say ‘yes’ or ‘no’, raise their hands or stand up.

One of my favourites is a progressive question. Tell the audience to stand and then allow groups to sit, based on qualifying questions, until you get the group you want.

At a recent presentation I gave, I wanted to know how many baby boomers there were in the audience but I didn’t want to simply ask them to stand on their own; besides, it was useful to know how many people there were in the surrounding generations. So I asked people to sit if they were born in the ’90s, then the ’80s and so on. As it happened only about a fifth of the audience was around in the ’50s and ’60s.

When public speaking make them sit up and pay attention

A friend of mine opened a recent presentation by shouting:

That certainly got their attention! As it happens, it was highly relevant for the presentation. Of course, if you’re going to use this tactic, it needs to have some connection with your presentation.

You have to judge the use of expletives very carefully, particularly the stronger ones. Some audiences are more sensitive than others.

While it’s not entirely on point, this illustration does point out the issues of using the vernacular. An Australian tourism advertisement aimed at the British market went down like a lead balloon a few years ago. Where the bloody hell are you? was the caption emblazoned across a beautiful beach. Perfectly OK in Australia, but using the word ‘bloody’ is frowned upon in the UK.

Making people jump requires a bit of a contrast in pace, tone or particularly volume. (You might want to practice first and make sure that the microphone can handle it.) Make sure that you have the room quiet before you speak loudly into the microphone:

You can achieve a similar effect by saying something entirely unexpected. At my sister’s funeral a couple of years ago I was privileged to give the eulogy. She had taken her life as a result of a number of contributing factors, but the biggest one was undoubtedly her ex-husband’s unfaithfulness with her best friend. No one expected me to say anything about it but I felt it couldn’t go unmentioned. So I simply said:

…the deep and painful betrayal she suffered…

At the word ‘betrayal’ you could hear the collective intake of breath from the congregation. Everyone knew but it was as if they had been given permission to talk about it; it was now a relief in the midst of all the grief.

Of course, saying things like that needs a great deal of sensitivity and certainty about your facts.

The Earth is a globe revolving around the sun! was once a controversial statement when we thought that the sun revolved around the Earth.

Get rich quick probably doesn’t qualify, as people are rather wary of such claims these days. Instead, try:

Become a pro stock trader in one day

One of my clients is a researcher in the field of HIV. He started a speech about a year ago by saying:

Getting to zero new HIV infections is possible.

At the time it was a big claim but he believed it. Less than a year later the Federal government have announced that HIV is no longer a public health issue. Researchers in the UK believe that they may have cured one man of his HIV infection. It wasn’t so long ago that getting HIV was a death sentence.

There are lots more ways of starting well. Of course you have to continue well. The problem with having a sizzling opening is that your audience will expect you to continue to sizzle – but perhaps that’s not such a bad thing!

As always, drop me a line and tell me how you get on.