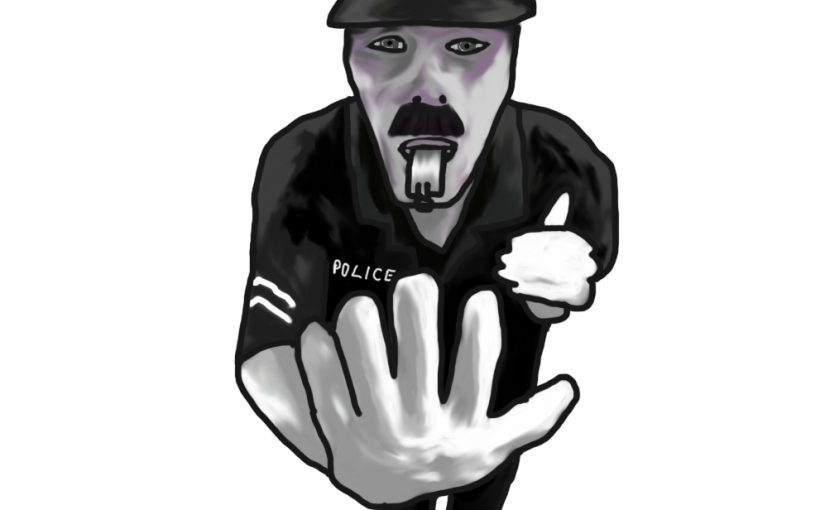 Well your boss has told you that you’ve got to make a presentation and you’re feeling a strong urge to visit the rest-room. On the one hand you feel that it’s great that you’ve been recognised but on the other hand you’re terrified of public speaking and that you’re going to mess it up. Sound familiar?

The first thing to say is, relax! You’re in good company. Even the high and mighty get nervous at the thought of public speaking. Richard Branson says he often feels nervous before a public speaking gig. One client I worked with was OK with two or maybe three people but any more than that and she got seriously tongue-tied.

Here are three keys that will unlock your public speaking potential.

Speak from your seat of authority. There will be some subject that you know well. You may not be the world’s foremost expert but you should know enough to hold your own. Generally, you wouldn’t be asked to speak if there wasn’t something like this. This doesn’t have to mean that you’ll have strings of letters after your name or have been working in an area since Noah was a boy.

So stick to the areas which you are secure in and don’t be tempted to branch out into the less familiar. If you genuinely aren’t secure on a topic, say so: don’t feel pressured by the situation.

The problem for some of us is that we don’t think there is anything that we have genuine authority in. If you work in a professional discipline you’ll often find that you compare yourself unfavourably with your peers. There’s nearly always someone who is brighter and better: what have you got to offer in a public speaking setting? The trouble with thinking like this is that we fail to see that we probably have a lot to offer, even if it is only another perspective, another way of putting things or simply another voice joining the chorus.

This is what authority is about, that we have some validity, a reason why we’re public speaking and something to back it up. When you speak from authority people take notice: even if they don’t agree with you. When we have authority we are expected to exercise that authority. For example, it would be a fine thing if the police suddenly decided not to exercise their authority: imagine the chaos.

Speaking from authority means that you are less likely to lose your train of thought. Recovery is easier when you do lose your place.

There are all sorts of misconceptions about what authenticity means. Being authentic simply means being yourself: how easy is that! For some of us the idea of putting yourself on display and risking ridicule is enough to make you want to hide behind the couch.

The trouble is that we tend to put on masks in an attempt either to get what we want or to blend in. We try to think about what someone else wants and conform ourselves to that. We get to believe that the real person that we are on the inside is in some way deficient. So we try to copy successful people. Then we wonder why we don’t quite get the same results.

Something like twenty-five years ago, when I began my public speaking career, I greatly admired one particular speaker. I longed to have the same impact that he did. For the life of me I can’t remember the guy’s name now but I do remember vividly the day when I tried to speak like him. The talk went down like a lead balloon: definitely something never to be repeated again. People knew instinctively that that wasn’t me.

When we connect with who we are and embrace our flaws and failings, we become authentic. Authenticity isn’t something that you can buy in a bookshop or acquire by going to all those power speaker conferences. You become authentic by learning to accept yourself. Then you can speak from authenticity.

If you’re interested in finding out more about authenticity check out our website and the pages on vocal branding and leadership.

Public Speakers need to speak from the passion that they feel in their hearts: that is to speak from ardour. I wrote a couple of articles around using emotions a few months ago – check them out on our blog page.

I started out in public speaking as an itinerant preacher in the Baptist Churches around Cambridgeshire back in the early nineties. There were some great preachers but listening to some of my colleagues, I was struck by how little passion they had. Their sermons ticked all the boxes for theology, word choice and structure but they were as dry as dust. No wonder people prepared to nod-off when the preacher got up.

But what if your subject is complicated or technical? How do you find the passion to explain double entry bookkeeping or pure mathematics? I believe that any subject can be interesting, if you’re passionate enough about it. It was interesting enough for you to get involved in it in the first place so what’s changed? When you’re involved in something day in and day out we lose sight of the bigger picture and some of the magic. If this is the case try and reimagine what captivated you in the first place.

Pulling the Threads Together

What’s your experience of public speaking? Have you tried some of these things? How did it go for you? Drop me a line. If you’re in Melbourne we have a regular monthly meetup group. This is an informal group where you can ask questions and try things out.